“I am sorry to say that there is too much point to the wisecrack that life is extinct on other planets because their scientists were more advanced than ours” – John F. Kennedy 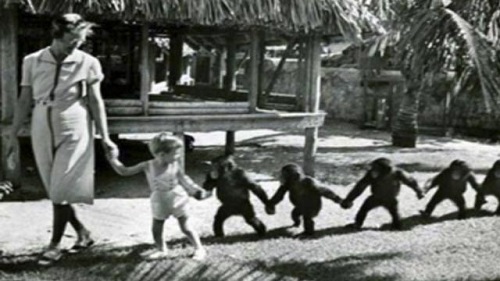 Having trouble getting a date?  It’s not you.  You’re a charming biological specimen.  The problem is that life sucks.  Not your life in particular, rather all organic life.  You see, 99% of the species that have ever existed have gone extinct.  The odds are against you.  In comparison to other species, bipedal apes may seem stunningly successful, given our propensity to invent cool technologies to kill off the competition, but we may not have much staying power.

For example, insects evolved some 480 million years ago and have roughly six million species across a wide array of ecological niches.  They don’t seem to be going anywhere.  On the flip side, there are critters like the bacteria Methanopyrus kandleri that evolved four billion years ago to live 2000 meters deep in the ocean at ridiculous temperatures and high carbon dioxide concentrations, and are the only representative of their species remaining.  Scientists are more or less at a loss as to why some young species are incredibly diverse and some ancient species are not.

Basically, unless you are the kind of organism that is unbelievably well adapted to a very precise and very stable sort of environment, with little or no competition, you are pretty much doomed.  Nobody wants to live near the Methanopyrus kandleri.  By way of contrast, most insects are herbivores, and since plants have double the new species emergence rate of animals, there’s always new and interesting ecological smorgasbords for a canny beastie to exploit that no other pesky bugs are interested in.

Sadly, my friend, you are a primate.  Before you begin admiring your considerable cranium, dexterous opposable thumbs and stylish upright gait, consider the evolutionary history of our order and its dire implications for your future.  The greater expanding sphere of primates evolved about eighty million years ago (including all those quirky distant relatives like lemurs and monkeys).  There are only about 350 species of primate left (and half of those are on the list for imminent extinction – our nearest cousins, the Great Apes are all on the list).  The Homo species to which we and our ancestors belong started appearing about 2.8 million years ago, but Homo sapiens is the sole remaining member of the fraternity of bipedal apes that survived.

Most anthropologists agree that between two million and 40,000 years ago, there was a cornucopia of bipedal species loitering about the planet co-existing with us, hominids closely related, but not as excruciatingly handsome.  And now there is just us, suggesting (a) our particular family is highly “extinction-prone” or, (b) we’re really good at wiping out the competition.  Sure, maybe we’re more adaptive to little changes in our environment, but when the trend is that most life pops into existence and pops right back out, the future is looking a little uncertain.

Maybe we will win the lottery that gets us that right-swipe on the species Tinder application, but don’t hold your breath, for as Carl Sagan said, “Extinction is the rule, and survival is the exception”.   So far we’ve dodged the bullet, and gotten busy with the whole be fruitful and multiply thing.  Nonetheless, if all life that has ever existed is any measure, we’re still probably headed for the genetic dust-pile anyway.  You should probably get your affairs in order.

One thought on “Primate Estate Planning: Monkeying Around with Extinction”

“It is a condition of monsters that they do not perceive themselves as such. The dragon, you know, hunkered in the village devouring maidens, heard the townsfolk cry ‘Monster!’ and looked behind him.”
-Laini Taylor

“If you want to tell people the truth, make them laugh, otherwise they’ll kill you.”
-Oscar Wilde

“Life is Hard. After all, it kills you.”
-Katherine Hepburn

“Horror is beyond the reach of psychology.”
-Theodor Adorno

“All would be well. All would be heavenly–If the damned would only stay damned.”
-Charles Fort

“If only it were all so simple! If only there were evil people somewhere insidiously committing evil deeds, and it were necessary only to separate them from the rest of us and destroy them. But the line dividing good and evil cuts through the heart of every human being. And who is willing to destroy a piece of his own heart?”
-Aleksandr Solzhenitsyn

“You can’t create a monster, then whine when it stomps a few buildings.”
–Yeardley Smith

“Horror is the natural reaction to the last 5,000 years of history.”
–Robert Anton Wilson

“The earth, it has been said, is one vast graveyard, and man can nowhere put down his foot without stepping on the remains of a brother.”
–M. Schele de Vere

“Even from the greatest of horrors, irony is seldom absent.”
–H.P. Lovecraft

“The problem with people who say monsters don’t really exist is that they’re almost never saying it to the monsters.”
— Seanan McGuire, Discount Armageddon

“Just because you’re paranoid doesn’t mean there isn’t an invisible demon about to eat your face.”
–Jim Butcher, Storm Front

“What monstrosities would walk the streets were some people’s faces as unfinished as their minds.”
–Eric Hoffer, American Social Philosopher

“The human head is bigger than the globe. It conceives itself as containing more. It can think and rethink itself and ourselves from any desired point outside the gravitational pull of the earth. It starts by writing one thing and later reads itself as something else. The human head is monstrous.”
–Günter Grass, German Novelist

Not Yet Afraid of the Dark?

Where did the Road Go?

RSS Feed: Have Your Monsters Delivered